Located at the corner of Mayfield Rd and Bethany Rd. Rolling green pastures are fenced on either side of a white 1930s farmhouse with three mature oak trees in front yard.

One of the last tracts of raw land in the Milton High School footprint. Approx 34 acres of beautiful land perfect for an executive retreat with a caretaker home in the existing 1930s bungalow.Or develop as a subdivision of luxury homes in the City of Milton. Operated as a farm since 1953 by the JL English family.Now Estate and family owned.Open pasture land plus partially wooded tract with mixed pine, hardwoods. Property is fenced and surveyed.New roundabout being built at corner of Mayfield Rd, Bethany Rd abuts the property.Sewer in the street on Mayfield Rd.Zoned AG1. First time on the Market. This approx 34 acre farm was purchased by JL English in 1953.Mr. English raised corn, hay, black Angus beef cattle and prize-winning tomatoes. Helen C English died in April 2019 at 94 years of age and the farm is now held in her estate. Rolling green pastures face Mayfield Road and flank the existing white farmhouse which has long been a landmark in Alpharetta, North Fulton and now the City of Milton.Mature water oaks in the front yard define the home.One of the first things Mr English did was drill a well which produces noticeably sweet spring water. The original barn standing beside the home was torn down by Mr. English when he moved a much older and larger barn from a farm closer to Crabapple to the property in the 1950s. A blacksmith shop was moved to the property at the same time.A chicken house was built later in the 1950s but this business was abandoned. A tractor shed was built by Mr English in the 1960s.Mr. English raised cattle up until the time of his death at 98 years old.This is a once in a lifetime opportunity to secure a fabulous location in between downtown Alpharetta and Crabapple. Milton High School is just around the corner. 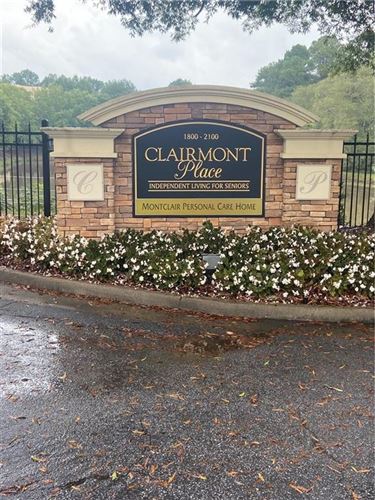